You may have noticed I’ve been missing since February. Don’t worry, I’m still here just haven’t been blogging. I had major surgery in April and it made me realize I need to focus my time better so instead of writing four blogs (crazy!), I am going to only write two. 40 Shades of Life is my blog about life in Cork, Ireland. EvinOK.com is my blog about creating (food, crafts, travel, etc…).

To read more about the last few months and the surgery, here are links to posts in my main blog, EvinOK:

Where did the time go?

The last of those links details the growth and its removal as well as my recovery. It was a rough road but I wanted to share my experience with others to help them be less fearful of the surgery. It is intimidating but not impossible.

The WordPress.com stats helper monkeys prepared a 2013 annual report for this blog. This covers all of 2013, but I am back dating the post so the final post for this blog directs you to my new venture, EvinOK.

The concert hall at the Sydney Opera House holds 2,700 people. This blog was viewed about 11,000 times in 2013. If it were a concert at Sydney Opera House, it would take about 4 sold-out performances for that many people to see it.

I love nuts as snacks and while pregnant, I couldn’t stomach much heavy foods (like steak or dairy) and couldn’t bend over to reach the oven towards the end, so I adapted the famous Union Square Spiced Nuts recipe to be made in the microwave. That adapted recipe is over on my main blog, EvinOK. Or you can go with the original recipes from The Union Square Cafe Cookbook: 160 Favorite Recipes from New York’s Acclaimed Restaurant, which

is available from Amazon.com

. I found the nut recipe itself available in its original oven version. It is definitely better all around, but if you are short on time, don’t have an oven, or can’t reach it due to a big ole pregnancy belly, my version of the recipe will get you to nibbling on these nuts without breaking a sweat. There are a few versions floating around the internet, but they all stem from the Union Square Cafe recipe, which is the original and classic one. If you are nuts for nuts, give it a try.

I am often asked how this blog’s readership has grown and today, I am sharing a bit more history about that.

Six years ago, I started writing Evin’s Cooking Peas & Q’s for a weekly newspaper in West Virginia, The New Mountain Tribune. Each week, I focused on a different theme or ingredient and throughout the day would experiment to create tasty recipes worth sharing. My husband and our friends were taste-testers. Some days we lost weight, some days we gained. In August 2005, the column switched to be in The WhistleStop Magazine in the Silicon Valley of California where it stayed for six months. Then it stayed dormant while I got married and worked full-time in MBA recruiting, admissions, and financial aid. In October 2008, I decided it was time CPQ changed with the times so I set it up as a blog here. Slowly, we moved to our new virtual home and settled in quite nicely. Before we knew it, we had neighbors, friends, and interested strangers coming to visit and read about our latest recipe adventures.

Here is the breakdown of how this blog has gone from 259 readers in its first month to about 1,000 a month. Though that is not a huge growth, it is just right for me.

And though I am happy with this being one of my six blogs and that people enjoy reading the posts I enjoy writing, there is something that hasn’t been sitting well about having SIX BLOGS. It’s insane, right? Yeah, I think so too. Though my recipe and food posts will keep coming, they may be in a different location and it may be time to put all the posts in one place since I suspect I may just find more time for writing, researching, photography, cooking, and life. We’ll see what happens, but please PLEASE know I appreciate your loyalty as readers so stick with me, ok?

END_OF_DOCUMENT_TOKEN_TO_BE_REPLACED 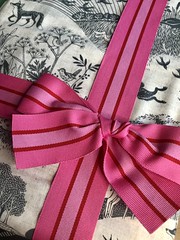 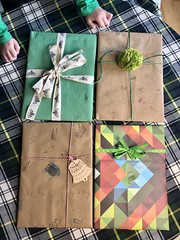 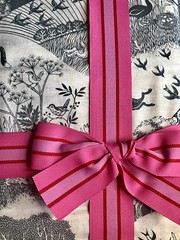